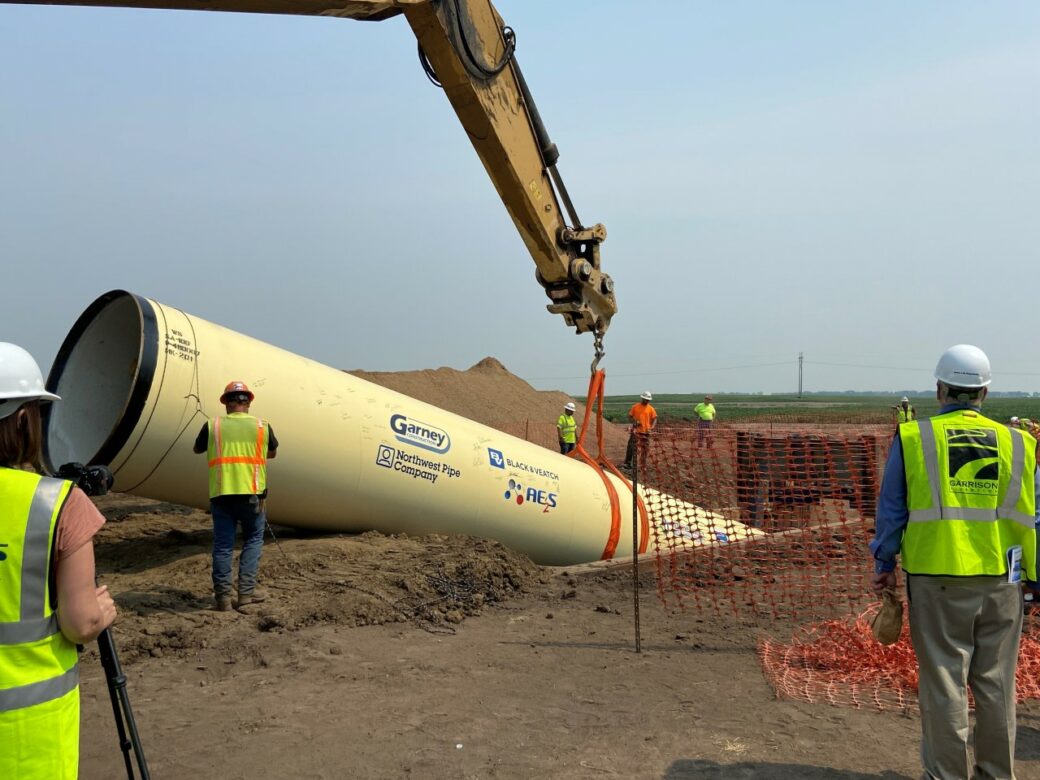 The Garrison Diversion Conservancy District and Lake Agassiz Water Authority are co-sponsors of the Red River Valley Water Supply Project (RRVWSP), which will create a buried pipeline to carry water from the Missouri River near Washburn, ND, along Highway 200 to the Sheyenne River, above Lake Ashtabula. When complete, the RRVWSP will provide an emergency water supply to central and eastern North Dakota during times of water scarcity and drought.

The water will also provide opportunities for industrial development, as a current lack of industrial water supply has driven industries out of North Dakota. Without the pipeline, the state estimates that a 10-year drought similar to the 1930s dust bowl would have a $32 billion economic impact, which would be devastating to the state’s communities and industries.

Northwest Pipe Company is manufacturing over 7,500 tons of 72-inch-diameter engineered steel pipeline for the Contract 5B of his project. The pipe, which is being manufactured at the Saginaw, TX facility, will start being delivered to the job site this summer. In addition, the Company is also supplying Permalok® steel casing pipe for the intake on the Missouri River.

“The Red River project is a large-scale water program that will affect nearly half of the population of North Dakota. More than 35 cities and rural water systems will benefit from this drought mitigation project,” states Scott Montross, President and CEO of Northwest Pipe Company. “We appreciate being part of the team on this massive water infrastructure project that will ensure adequate public water systems and economic stability for North Dakota.”