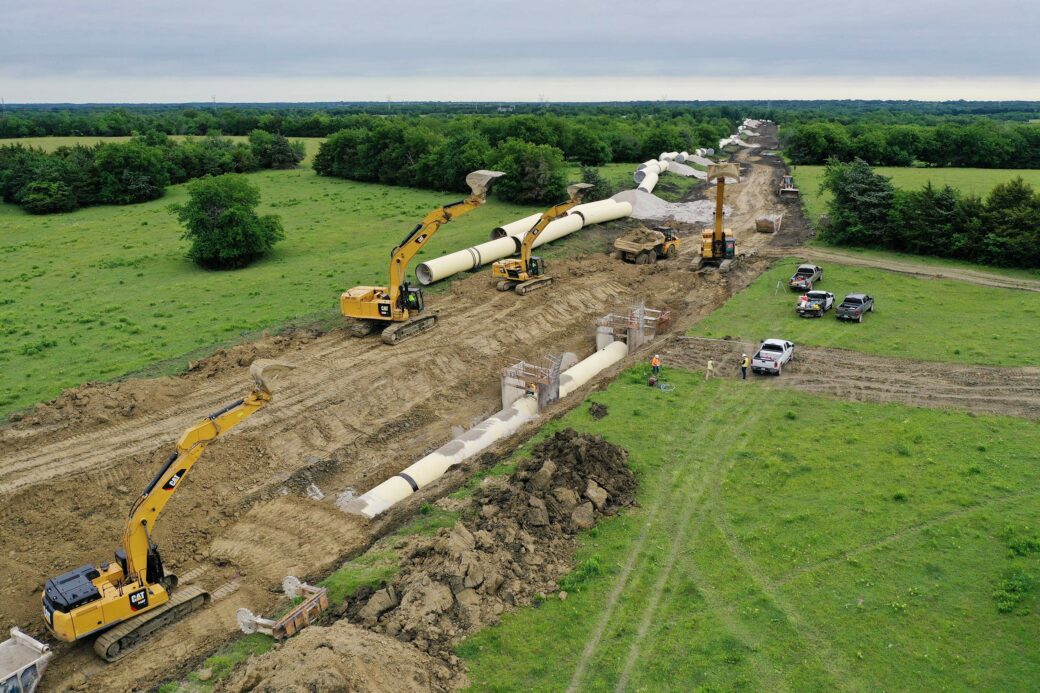 Northwest Pipe Company will be featured on the June 27th edition of EARTH with John Holden® television series. The segment will air on the Fox Business Network® (FBN) at 5:00 p.m. ET and at 10:00 a.m. ET on BNN Bloomberg in Canada.

The video highlights the benefits of engineered steel water pipe and showcases the pipe as it is being installed. The production crew filmed on-site at our manufacturing plant in Saginaw, Texas, and at the nearby Lower Bois d’Arc water transmission pipeline jobsite. The North Texas Municipal Water District (NTMWD) project includes an 84” pipeline that will convey treated water from a new water treatment plant in Leonard, Texas, and ties into existing pipeline. The water main will serve 80 communities and support future growth in the region. On-film interviews include Northwest Pipe personnel and clients.

EARTH with John Holden® is hosted by six-time Emmy® Award winner John Holden, and airs weekly on FBN® and BNN Bloomberg.  Each show features multiple segments on companies with eco-friendly initiatives, or those that are enhancing the lives of Earth’s inhabitants through health, business, and various other advanced technologies and solutions. FBN® viewing channel options are available here.